As I began Phillip Thurtle’s well-researched Biology in the Grid: Graphic Design and the Envisioning of Life, I wondered how his “envisioning of life” would intersect with the abundant evidence that a complex array of grids have served as a foundational element in art, architecture, and design production throughout history. A few examples that quickly come to mind include those used to construct perfectly proportioned Egyptian and Aztec temples, Islamic and Buddhist art, Chuck Close’s stylized portraits, and the layout of medieval illuminated manuscripts. Rosalind Krauss’ 1978 statement that the surfacing of the grid in early twentieth century modernist art was an announcement of “modern art’s will to silence, its hostility to literature, to narrative, to discourse” [1] is also a part of the grid litany, although one that gives a negative cast to how we use grids to engage with objects in our world.

As it turns out, Biology in the Grid moves along a markedly different track. Despite his integration of graphic design, the entertainment industry, advertising, and cultural theory, the book is largely orthogonal to the long art and design trajectory. Thurtle sees grids as a framework within a biopolitical circumstance and makes the point that “living in the grid’ does not equalize us because all lives are not treated similarly despite the seeming uniformity of the form. In his words: END_OF_DOCUMENT_TOKEN_TO_BE_REPLACED

The interview with Amy Ione, Director of the Diatrope Institute, is now included in the Interviews from Yale University Radio (WYBCX) index of The Art World Demystified, Hosted by Brainard Carey. It is available at http://museumofnonvisibleart.com/interviews/amy-ione/. This collection is an oral history of the Lives of the Most Excellent Artists, Curators, Architects, Critics and more, like Vasari’s book updated.

Keynote lecture for Off the Lip 2015 conference at Cog Novo: Transdisciplinary Approaches to Cognitive Innovation: Conference from 9-11 Sep 2015. The lecture introduces ideas from Ione’s forthcoming book, Art and the Brain: Plasticity, Embodiment, and the Unclosed Circle see www.diatrope.com/artbrainbook.

STEAM is an acronym for Science, Technology, Engineering, Arts, and Mathematics. The  STEAM Journal is a transdisciplinary, international, theory-practice, peer-reviewed, academic, open access, online journal with a focus on the intersection of the sciences and the arts. The STEAM Journal integrates perspectives from a variety of contexts and fields. The STEAM Journal inaugural issue ‘Luminare’ Vol. 1, Iss.1 3/13/13. The STEAM website here 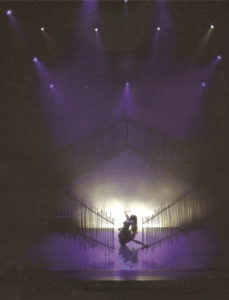 Here is a link to Jonathan Zilberg’s “The Dance of Life” project, an outcome of the call for participation in gauging the global scope of the emerging SEAD community through the National Science Foundation Grant, NSF Grant No. 1142510, IIS, “Human Centered Computing. Collaborative Research: EAGER Network for Science, Engineering, Arts and Design (NSEAD).